There are a lot of orthotropic devices today. One of the first was the biobloc. As you probably already know, orthotropic treatments work best in children. If you are an adult and want to know if a biobloc can still work for you, read on.

Originally, the biobloc was used by Dr. John Mew to treat problems in children. Today, there are also a lot of other orthodontists who offer the treatment. However, there is no certainty whether it will work on adults or not, though Dr. John Mew states that it can.

Depending on how problematic your teeth are or how difficult the problem is to solve, the biobloc may have limited effectivity. But, this does not mean that it won’t work at all. We’ll discuss how biobloc works, and you can see for yourself how it will affect you.

Origins of the Biobloc

Dr. John Mew originally developed the biobloc. He even received an award for it back in 2013. The American Academy of Physiological Medicine and Dentistry gave him the award during a conference on disordered breathing.

Even today, there is still a huge lack of research for this treatment. This gap could be because orthotropics still sparks a lot of debate in the world of orthodontics. Still, there are case studies that give significant credence to biobloc’s effectiveness. 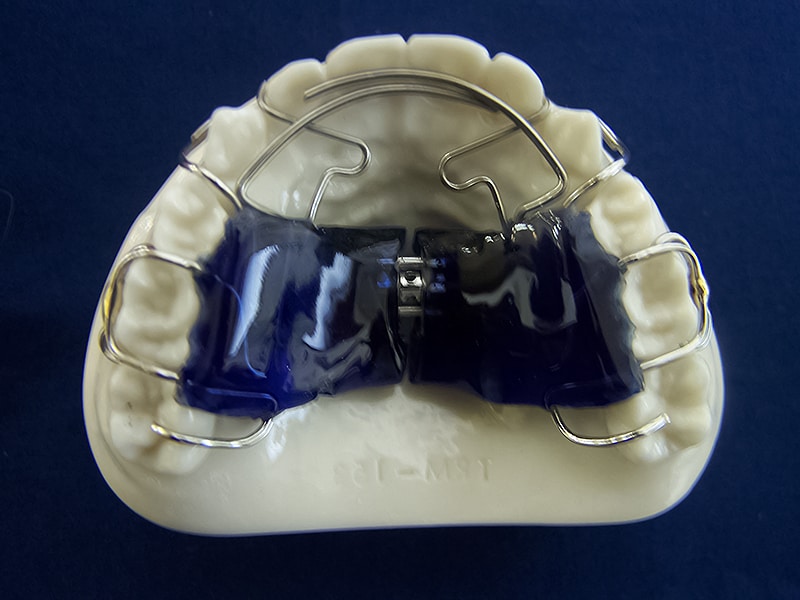 Essentially, biobloc is an orthotropic treatment that involves a mouthpiece and some brackets. The patient has to wear the device full time.

The treatment goals are to widen the upper jaw, correct bite problems, and make space in the lower jaw. Though the device works to a degree, a greater component of the treatment is rooted in orthotropics. What that means is that the patient has to be committed to performing certain habits.

Some orthotropic specialists claim that biobloc started the trend in revolutionary methods of fixing teeth problems. The biobloc treatment traces way back to the 1950s. That is a pretty long time. Even then, the gap in research is still nowhere near filled.

As previously said, conclusive information about biobloc results is not yet backed up by research. However, it is a revolutionary device with many results based on case studies and initial publications.

Dr. Mew himself conducted a case study on a set of 12 identical twins. The entire process happened over ten years after treatment. After that, a panel of 12 judges inspected the results and came to their own conclusions. Most of the traditionally treated subjects were less attractive than those who made use of orthotropic treatment.

Take a look at the following results from the orthotropics website: 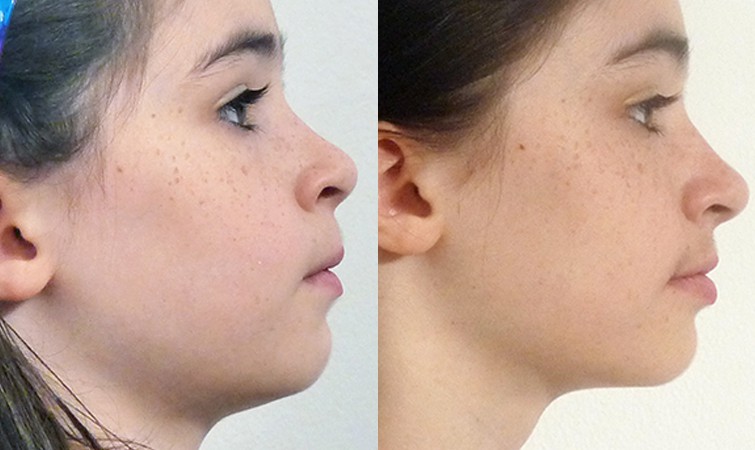 This before-and-after photo shows just a difference of one year of treatment. The child in the photo had an overbite when she was six. A year later, at seven years old, it looks significantly better. 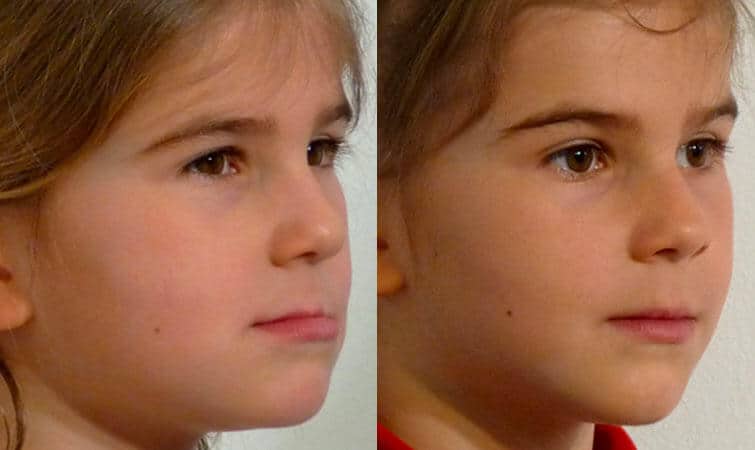 This young girl has a Class III malocclusion (an underbite). In the photo on the left, she was five years old. By the time she was eight (right), her face already improved by a lot. 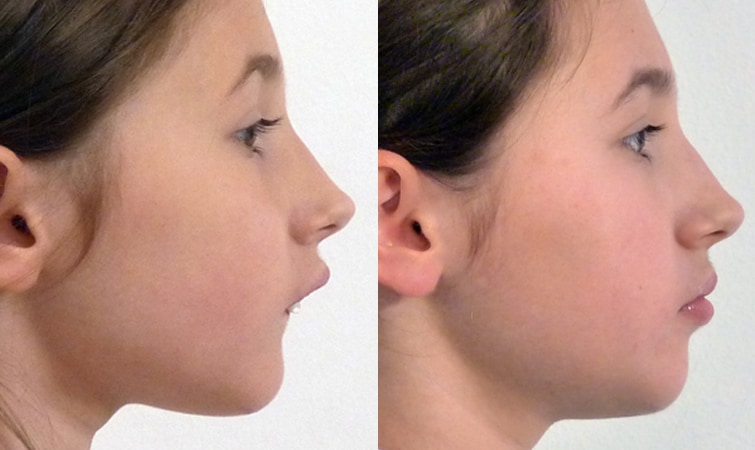 In the case of this child, she has an extreme overjet. Her overbite was so extreme that her two front teeth would jut out. There were no other traditional treatments for her, so her family tried out orthotropics, with great results! On the left, she is seven years old. And by the time she was 11, the overbite had significantly improved.

As you can see, all of the case studies and results are of children. This common denominator is likely because orthotropic treatment works best in children. Younger people have bones that are still capable of changing. In adults, the bones are not as pliable as they have already fully formed.

Which leads us to the next question-

Does Biobloc Work for Adults?

Dr. Mew has stated in a Reddit thread that biobloc can be used for adults and could help with palatal expansion. But we know that the treatment works best on children. There are also no case studies of it working for adults. An orthodontist website claims that it works at any age.

If we base our conclusion on the idea that it relies on orthotropic methods to fix problems, especially with the teeth and jaw, then yes, it will work on adults. However, it will be insanely slow. Orthotropics for adults is still uncharted territory. So, there is little evidence and research on how much it works on adults.

That said, there are people in their mid-20s who tried mewing (which is an orthotropic concept), and they got excellent results from it. How well it works depends on the degree of severity of your issue, how consistent you are with it, and how many years you use it for.

Either way, if you are dead set on trying out biobloc treatment, the best course of action is to consult your dentist or orthodontist. They can give you the necessary input. Make sure to consider your age, though. If biobloc won’t work, they will give you alternatives.

Unfortunately, the device for biobloc treatment takes up a lot of space in the mouth. Notice how there are large parts on the sides. Those will directly interfere with mewing, and it will not be possible to mew with the device on. However, when the device does its job and expands the palate, mewing becomes much easier.

If you consider biobloc as a treatment method, you should focus on that first before thinking about mewing at all. Mewing will not be possible without the proper upper jaw space. With biobloc or similar treatments, you’ll get the much-needed space.

However, if you want to expand your palate, there are better options.

Palatal expanders are good alternatives for biobloc. There are a ton of options available on the market. And though the goals of palatal expanders and biobloc are different, they have a few commonalities.

For example, palatal expanders will focus more on the palate widening and making room for the teeth. It focuses more on eliminating crowding. On the other hand, biobloc dives deeper into problems with the jaws and such.

Fortunately, there are a lot of options for adults in the world of palatal expansion. Like many treatments, palate expanders still work best on children. However, there are implants and surgical options that work just as well on adults.

Ultimately, you have to look into the reason why you are thinking of getting biobloc treatment. Is it for your teeth? For your overbite? To fix problems with your jaw? Or do you want it to expand your palate?

Answering these questions and looking will allow you to pursue different choices. If the biobloc is not advisable for your particular situation, it’s completely alright to try a different method.

With all the orthodontic technology of today, the options are numerous. Talk it through with your orthodontist, and you’ll find the option that is best for you.