There are a lot of orthodontic devices available today. For instance, palatal expanders are widely used and available in many situations. One of the questions that crop up when talking about mewing is: can I mew with a palatal expander? The answer is not as straightforward as you might think.

In theory, you can mew with a palate expander, BUT not for all types. There are palatal expanders that heavily obstruct tongue position, so those are a no-go. The important thing is that your tongue can still engage in proper posture.

You would have to consider what type of palate expander you are using carefully. Before you decide on it, take a look at how obstructive the expander will be. Does it allow you to exercise proper tongue posture? Or does it get in the way of actual mewing?

Why Do You Want to Expand Your Palate?

You might recall that the idea of mewing is to push on your maxilla and bring it forward. The effect of that process is an expanded maxilla. An upper jaw with more space is good because then there is a lesser chance for teeth crowding. The teeth will have room to grow straight and properly.

The expansion treatment has better results in children, but there are options for adults as well. Palate expansion also facilitates mewing, especially in those with a narrow palate, who cannot mew properly. For proper oral posture, the palate has to have enough space.

What Is a Palate Expander?

As the name implies, a palate expander is a device that will widen the roof of the mouth. There are different types of palate expanders (which will be mentioned further in this article). Each of them operates differently.

Some expanders only work in children when the jaws are not yet fully formed. Other expanders will work just as well in adults. These devices have varied treatment times, and some devices work faster than others. However, based on average times, it would take at least a few months to get sufficient palatal expansion. 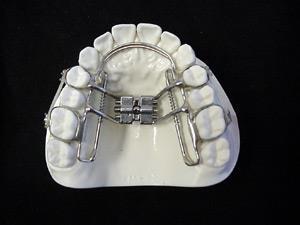 This type of expander is probably the most common. It’s not as invasive as the other options and is the one mostly used in children. Before the patient is 18, or as long as the jaws have not yet fully developed, a Rapid Palatal Expander (RPE) is an option.

The device works by attaching to the separate ends of the back molars. The expansion is then facilitated by a couple of predetermined turns in the screw each day. The number of screw turns per day will depend on what is instructed by the dentist and how much he thinks you can handle.

Once the desired expansion is achieved, turning will no longer be necessary. However, the dentist will probably keep the device in place for a few months to help new bone formation and keep the new size. Braces are commonly used after a RPE.

Most Rapid Palatal Expanders are not removable. But removable options are also available. One downside of removable ones is that they are an extra hassle with all the removing and inserting. Thus, fixed expanders are more common since they require less work on the part of the patient.

For adults or adolescents who have fully developed jaws, mini-screw assisted palatal expansions are the best option. The most effective and popular of these is a Maxillary Skeletal Expander. The device is inserted into the palate (literally inserted) into a point where there is a suture. Sometimes, a surgeon cuts your maxilla in half manually to prevent asymmetrical expansion and facilitate the whole expansion process.

This process will break apart the roof of the mouth and cause the maxilla to expand. Even in adults, new bone will take its place once the suture breaks, so it’s not like it’s leaving a huge gap in your palate. This research by Cantarella et al. (2017) concluded that MSE worked well in late adolescents and that the suture breaks were parallel.

An MSE often works fast but is quite painful. People who have tried MSE have reported significant discomfort and pain, especially at the beginning of the process. But the pain and discomfort also bring great results. Surgical expansions give great expansion and widen the palate significantly. Unlike traditional palatal expanders, they actually create new bone instead of just moving your teeth. 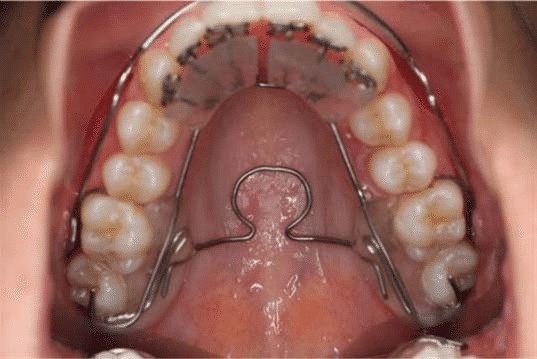 A Daytime Nighttime Appliance or DNA is another palate expander. The device takes advantage of the body’s natural circadian rhythm and won’t stay on all the time. It is likely left unused during the day.

The device ideally creates a wider palate and will fix problems like TMJ and breathing problems. Though the device itself is quite bulky, when removed, mewing is possible.

Another type of expander that is quite different from the other two is an ALF device. Unlike the other two, there is no appliance placed on the center of the palate. Instead, it works much like a retainer but for the interior of your teeth. It’s pretty much invisible to the outside and not as bulky as traditional expanders.

The device differentiates itself from the others by advertising itself as a more advanced technique. In a way, this is true since, as the name suggests, it is a lightweight version of an expander.

For this device, similar to the ALF, the user will probably need to exercise proper tongue posture. Because the device relies on a certain degree of good oral posture to work, it doesn’t need to be bulky.

Be advised, however, that many AGGA users have reported damage to their teeth and alveolar bone. The AGGA does not create new bone as advertised and should be used conservatively.

Mewing With an Expander

As previously stated, mewing with an expander will depend highly on what type of expander you have. For expanders such as the ALF and the AGGA, you can probably mew without trouble. Expanders that do not obstruct tongue space are mewing safe.

These types of expanders even promote proper tongue posture to get the best out of the product.

For the DNA expander, you may not be able to mew while it is on. The appliance is quite bulky and takes up precious mouth space. But aside from that, you can mew. When the DNA appliance is out of your mouth, there won’t be any blocks to practice proper tongue posture.

However, for expanders such as the Rapid Palatal Expander or the Maxillary Skeletal Expander, you might not be able to mew well. These devices are just too bulky and don’t leave a lot of space for the tongue to sit properly on the palate. There is a part of these appliances that sit smack dab in the middle of the palate, thereby seriously obstructing proper tongue posture. However, that doesn’t stop you from trying.

The best option would be to wait for the results of the expander. It will not take that long, and you will benefit more from mewing if you have a wide palate. It might be better to complete your treatment first and then try your hand at mewing.

If you follow a strict treatment plan, make sure to consult your doctor first about mewing and if it is safe to use with your expander. It would be terrible if you spent that much money on a device only to mess it up.