If you have any serious aesthetic concerns, let us help with a custom facial report.

Low eyebrows can be attractive, especially for men, but lowering the eyebrows may not be as common as elevating them.

People can lower their eyebrows by getting certain procedures and techniques like “hooding” or a reverse brow lift. In some cases, people can opt to reshape their eyebrows or use makeup to create the illusion of lower eyebrows.

Why Do I Have High Eyebrows?

In some cases, you might have more active forehead frontalis muscles because of excess upper eyelid skin. If that is the case, the brain sends a signal to raise your eyebrows more to raise the excess upper eyelid skin that partially covers your field of vision. Basically, your brain may naturally make you raise your eyebrows higher to make your field of vision larger. This isn’t normally a problem unless you’re over 50.

If you have high eyebrows because your brain sends a signal to the forehead frontalis muscles to raise your eyebrows to enhance your vision, you need to get a blepharoplasty to correct your droopy eyelids.

Is It Possible to Lower Eyebrows?

There are procedures and techniques that you can get to lower the position of your eyebrows. Most people try to elevate their eyebrows, so the opposite can be done to lower the eyebrows.

The exact procedure and technique will depend on your preferences and whether you want to get surgery.

How to Lower Your Eyebrows

While most people get brow lifts to elevate their eyebrows, you may ask a surgeon to do the opposite. The surgery has similar steps to a brow lift but goes in the opposite direction to lower your eyebrows.

People with high foreheads and high eyebrows can use this technique to make it lower. It is a highly effective procedure if you want a way to keep your eyebrows low for a long time.

A surgeon will typically “undermine” the posterior hairline then move it downward and forward until it is at the desired position. A surgeon will then normally use fixation sutures to keep the forehead and eyebrows in their new positions.

However, it is important to note that a reverse brow lift is an invasive procedure. There is a risk of scarring (especially if you do not take care of yourself during the healing process). The surgery requires the patient to have some downtime.

Most people state that they often have a scar after the procedure. If you are diligent with your after-care post-surgery, you may only have a minimal scar. This is not a recommended surgery for men, given that men usually experience a recession of the hairline, which can reveal the scar.

Surgeries for lowering the brows, especially if a brow lift was not previously done, are rather uncommon. However, a surgeon may perform one if they deem that it is possible for you. Otherwise, they may offer you Botox injections instead.

Botox is one of the most common ways a surgeon will lower a patient’s eyebrows. Most surgeons may offer this instead of a reverse brow lift (especially if a patient never got a brow lift and only wants it to lower their eyebrows).

Botox normally is used to raise the eyebrows, but it can also be used to lower them. Botox is made from Botulinum toxin, which is the toxin that causes botulism. While it is a toxin, it has many medical and cosmetic benefits that it can offer when used by a doctor in small doses.

Botox is a neurotoxin, so it works by disrupting nerve signaling processes that would stimulate muscle contraction. Therefore, Botox causes temporary muscle paralysis.

However, the procedure is minimally invasive, and it is a quick procedure compared to a reverse brow lift. Most procedures will only take a few minutes, and most patients will not need anesthesia for it. You will feel a sharp poke and a crunching sound, but the pain is a 4/10 at worst, and it is over very quickly.

However, you may not see your results immediately. Most people notice a change 3-5 days after the injections, but you may only see the full effect about 7-14 days after the procedure.

While the surgery is less invasive and practically painless, it still has its downsides. You would need to get Botox injections again whenever it fades if you want to keep your results. Most patients may need to get them done every 3-6 months to maintain their results. Additionally, you may not be able to move your eyebrow area as easily. The Botox injections temporarily paralyze the muscles within the treated area, so you may not be as “expressive” once you get your injections.

However, it is a tricky method that you should not attempt at home; it can easily go wrong. You may wind up with very uneven, thin eyebrows if you try to do this alone. You may want to ask a professional at a salon to shave/pluck/thread your eyebrows for you to make them be lower on your face. A professional can also help you determine if it is possible to do this without ruining your appearance.

If you are a fan of eyeshadow, you can use it to your advantage. You can focus on putting eyeshadow on your crease to make the distance between your eyebrows and your eyes look smaller.

However, this may also involve “skipping a few steps” from a traditional makeup routine. For instance, you may want to use less highlighter under your eyebrow to make sure your eyebrows look lower. However, you should still add a bit of highlighter or a lighter shadow to that area. Otherwise, your eyebrows may look like they are at an unflattering distance from your eyes. You want the lighter shadow or highlighter to show that there is enough space between the brows and eyes, or it will look muddled together.

You can try a subtle smoky eye to a dramatic smoky eye look to achieve “lower” looking eyebrows. If the eyes appear wider, it creates the illusion that they’re closer together vertically. You could also try to use eyeshadow powder or pencil to outline the bottom part of your eyebrows to make them look lower.

You can try a reverse blow lift or getting Botox injections to reverse a brow lift. A reverse brow lift is commonly done for people who want to “undo” their brow lift results.

While Botox normally raises the brows, it can also be used to reverse a brow lift. You can ask your surgeon to inject Botox into your eyebrows to lower them. Most people can easily lower their eyebrows by 0.5 cm using that method, which may be enough to counteract a brow lift, but is also a temporary measure.

These methods may also fix any asymmetry. For instance, your eyebrow may rest lower or higher than the other eyebrow after a brow lift. Therefore, a surgeon could use Botox on one eyebrow to correct asymmetry.

Reversing an eyebrow lift is more common than most people think. No brow lift technique is completely satisfactory because of the potential complications, lack of longevity, and limited effectiveness (Karimi et al., 2020).

Will A Hairline Lowering Procedure Lower My Eyebrows?

In most cases, a hairline lowering procedure or forehead reduction will not make your eyebrows lower. Some people may notice a very slight change in their eyebrows’ position, but it may be too minimal to notice.

Most surgeons will not have to touch that area of your forehead, so the eyebrows often do not move downward after a hairline lowering procedure.

Typically, people will need to get a brow lift, reverse brow lift, etc., to change how their eyebrows look after a hairline lowering procedure. Otherwise, there will be little to no actual movement of the eyebrows.

Will Lowering My Eyebrows Make My Eyelids Droopy?

Depending on the procedure, you may run the chance of getting droopy eyelids. For instance, if you get Botox injections to lower your eyebrows, the tissues under your eyebrows may sink, pushing down your eyelids to make them droopy.

However, it depends on how much Botox you got to lower your eyebrows. For example, if you have very high eyebrows and use Botox injections to slightly lower them, there may not be that much a difference. If your eyebrows are at a relatively normal distance from your eyes and you lower them, it could make your eyelids droopy.

Low eyebrows are very attractive on men, whereas on women, low eyebrows are also attractive, but it doesn’t matter as much. Men typically look best with hunter eyes. While hunter eyes refers more to the actual eye shape, the brow position and shape tend to matter a lot. Most men with Hunter eyes often have low, straight, and thick eyebrows.

It helps emphasize the actual eye shape while adding a “brooding and mysterious” vibe to the whole eye area, which many women love. 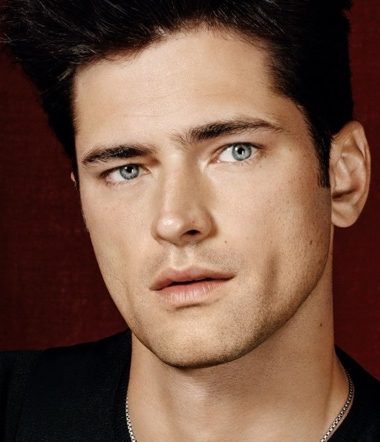 Sean O’Pry is an excellent example of hunter eyes with low eyebrows. He would probably still look great without the low eyebrows (doubtless due to his overall good features), but the lowered eyebrows enhance his general eye area. 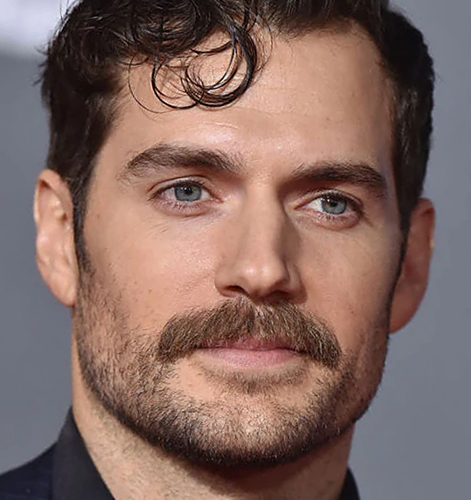 Take a look at Henry Cavill. He does not have typical hunter eyes, but he still has relatively straight eyebrows that sit low on his forehead. The eyebrow position helps make him look more intense and focused.

Of course, you want to make sure that your eyebrows do not rest too low on your forehead. An extremely low brow can make people think that you are angry and unapproachable. Additionally, it may not look good in general, especially if you have thinner brows.

As for women, Feser et al., 2007 looked at the attractiveness of eyebrow shape and position in females and noticed that the results greatly depended on what age group they asked. People under 30 years old preferred straight and low eyebrows, whereas the older participants favored the opposite.

It may be a generational thing, but people around 30 and below in our society may prefer the look of lowered eyebrows. Back in the day, eyebrows that were high, thin, and arched were all the rage.

Nowadays, we see women with thicker, straight, and lowered eyebrows like Cara Develigne reign in the lists of most attractive people.

Do Eyebrows Lower With Age?

Our bones naturally decrease in volume with age. The angle of the bones under our eyebrows decreases with age. Therefore, the eyebrows may slightly retrude, but it mostly contributes to droopy eyelids and crow’s feet.

The eyebrow itself may look droopy because the tail of the eyebrow can lower with age. However, the rest of your eyebrow may not change much. So you may end up with droopy eyebrows rather than actually lowered eyebrows.

link to Vitamin C Exfoliator: Is It Worth It?

Vitamin C is a popular ingredient in skincare. Still, many people are not sure whether a vitamin C exfoliator is worth it since other well-known exfoliators are on the market, and any ingredients in...

Continue Reading
link to How to Tighten Skin on the Eyelids

Loose eyelids can make a person look tired, bored, sad, or all of those. Tightening the eyelids' skin is one of the top priorities for those who want to look younger and more invigorated. You can...

We are obsessed with facial aesthetics, grooming, physique, and overall attractiveness. We believe people should work on their image as a form of self-development, without it being seen as vain or superficial. Being attractive makes everything in life easier.

To get free aesthetics tips and improve your looks, you can subscribe here.